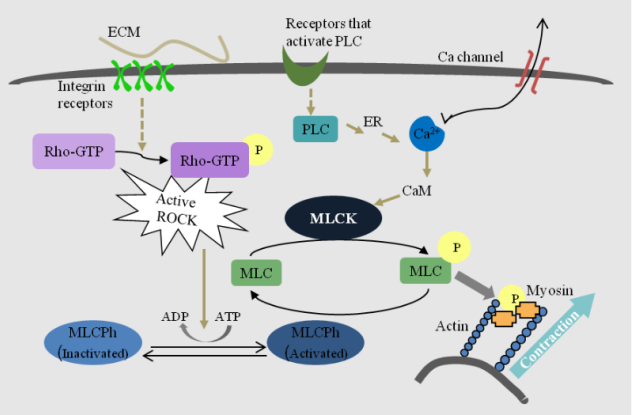 Various extracellular inhibitory signals (such as Nogo-A) combine with p75NTR to form an NgR-p75NTR complex and are transmitted in the cytoplasm, which then activates Rho factor, turning it from inactive Rho-GDP to active Rho-GTP The latter in turn activates ROCK, which leads to the collapse of growth cones by affecting the actin-globulin system, inhibiting nerve cell proliferation and cell regeneration.

ROCK signaling pathway may be involved in the remodeling of actin cytoskeleton and cell morphology changes in breast cancer cells caused by hypoxia.

The ROCK signal pathway is a ubiquitous pathway in the central nervous system, and it is an important way to mediate inhibitory signals and block the regeneration of central nerve cells.