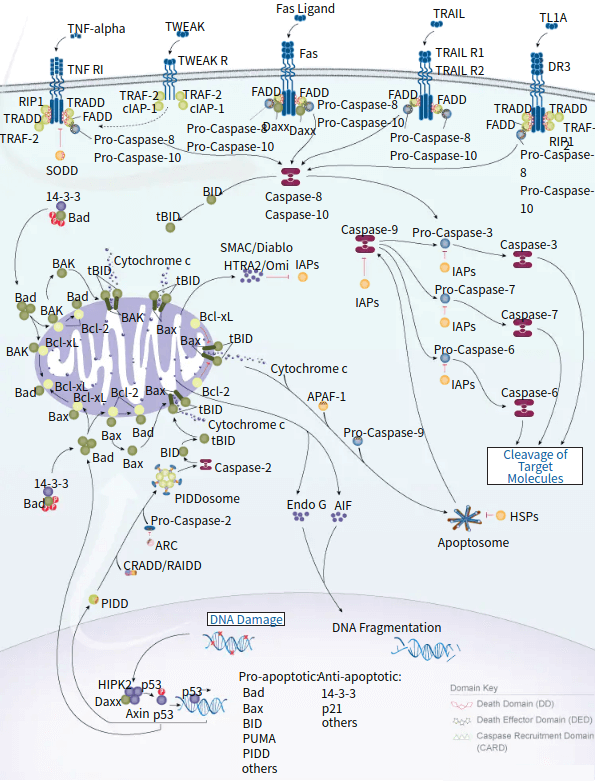 Apoptotic cells undergo morphological changes involving extensive plasma membrane blebbing followed by karyorrhexis. Apoptotic bodies are formed by separation of cell fragments during a process called "budding". Apoptotic bodies consist of cytoplasm with tightly packed organelles with or without a nuclear fragment. The organelle integrity remains enclosed within an intact plasma membrane. These bodies are subsequently phagocytosed by macrophages, parenchymal cells, or neoplastic cells and degraded within phagolysosomes. There are three main types of biochemical changes observed in apoptosis:

The two most widely characterised apoptotic pathways are the Intrinsic and Extrinsic pathways.