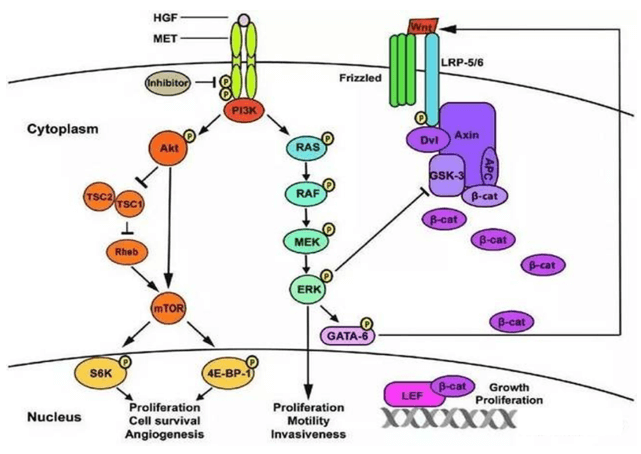 (Fan S, et al., 2019)Hepatocyte growth factor (HGF) is a multifunctional cytokine originally described as a mesenchymal-derived factor that regulates cell growth, cell motility, morphogenesis, and angiogenesis by activating its receptor, a transmembrane tyrosine kinase encoded by the c-Met proto-oncogene. hGF and c-Met are frequently co-expressed or overexpressed in a variety of human malignancies, including glioblastoma tumors and medulloblastoma; and their expression levels correlate with poor prognosis.

HGF and its receptor c-MET are commonly expressed in malignant gliomas and embryonic neuroectodermal tumors, including medulloblastomas, and appear to play an important role in the growth and propagation of these malignancies. Depending on the cellular context and the involvement of specific downstream effectors, HGF is shown to have both pro- and anti-apoptotic effects. 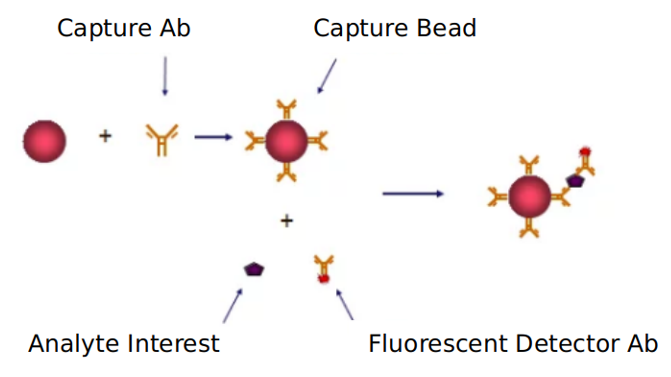 Creative Proteomics has developed a signaling pathway target detection platform. We can provide detection services not only for HGF signaling pathways, but also for other signaling pathways. If you want to detect other targets, please contact us in advance and we will customize the service for you according to your requirements. Looking forward to working with you.