EGFR(Epidermal growth factor receptor), or ErbB1/human epidermal growth factor receptor (HER)-1, is a transmembrane protein which is the receptor of the ligands from EGF family. EGFR is a 170-kDa glycoprotein with tyrosine kinase activity. It is composed of a single polypeptide of 1186 amino acid residues that is cleaved from a 1210-residue polypeptide precursor. It has its own modular structure: it contains an extracellular ligand-binding domain, a transmembrane region and a cytoplasmic tyrosine-kinase region that is flanked by noncatalytic regulatory regions. EGFR plays a crucial role in initiating the signaling that directs the behavior of epithelial cells and tumors of epithelial origin. Human EGF is a 53-aa polypeptide, whose molecular weight is 6KDa. EGF can stimulate the cell growth and differentiation by binding to its receptor, EGFR.

EGFR signaling pathway is one of the most important pathways in mammalian cells, which regulate a series of important events including proliferation, migration, differentiation, apoptosis, as well as those that regulate intercellular communication during development. Mutation in the certain component in this pathway will cause human cancer. So it has been considered as an ideal therapeutic target.

EGFR family members have been discovered to be involved in a wide range of human diseases from psoriasis, cancer, inflammation, heart diseases and Alzheimer's disease. Almost all the carcinomas express significant levels of EGFR. These receptors are related to the maintenance of the transformed state in these carncinomas. EGFR is remarkably over expressed in glioblastoma and as for a large number of these cancers, EGFR is truncated and consequentialy activated. Notably, at present, major clinical trials have been directed against blocking EGFR and erbB2 signaling in tumors. 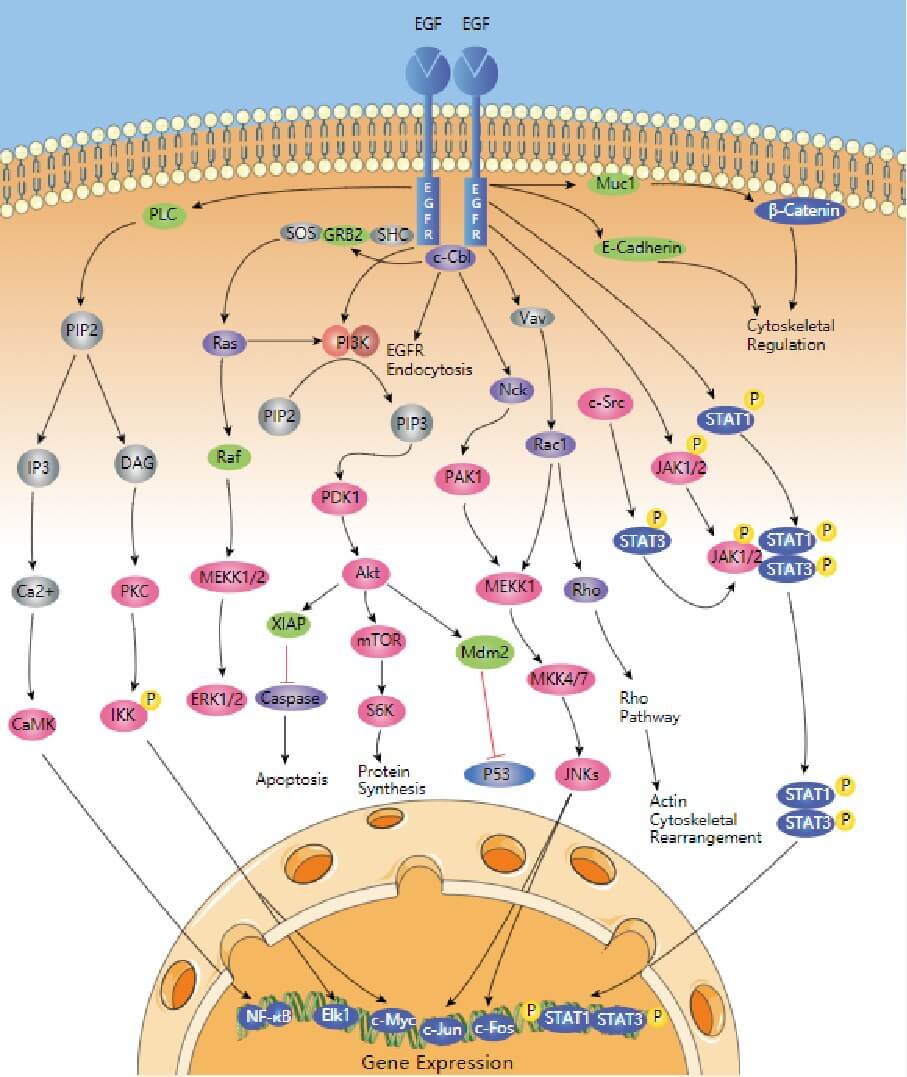 The EGFR signaling pathway is one of the most important pathways in mammalian cells, and it plays an important role in cell proliferation, migration, differentiation, apoptosis, and development. It is widely used in medicine for various human diseases such as psoriasis, cancer, inflammation, heart disease and Alzheimer's disease. 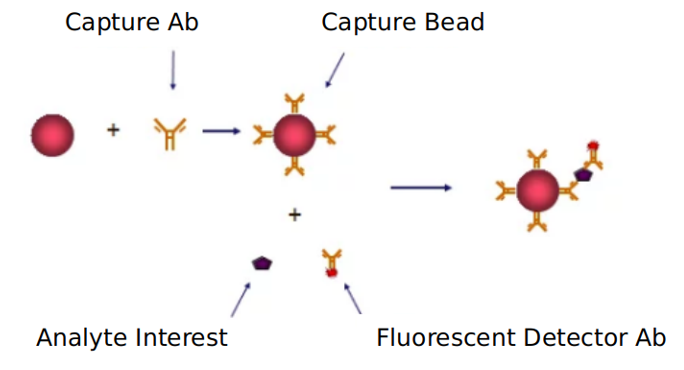