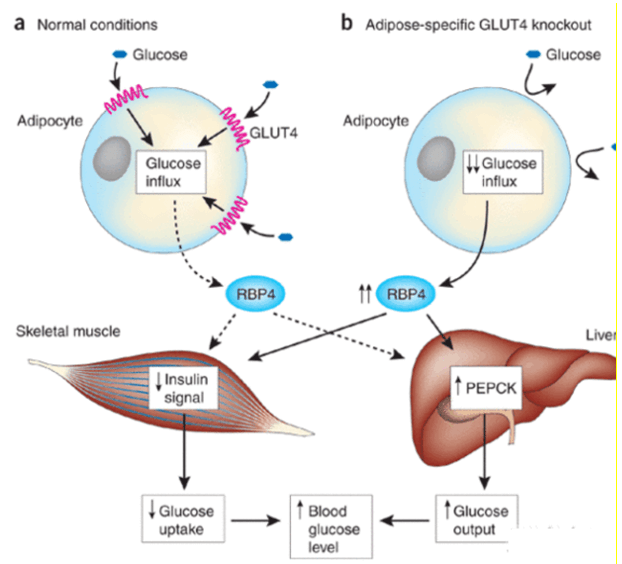 (Tabesh M, et al., 2017)Retinol binding protein4 (RBP4) is a newly discovered cytokine that belongs to the retinol binding protein (RBP) family and is mainly secreted by the liver and to a lesser extent by adipose tissue. In both animal and human studies, RBP4 has been found to play a key role in the development and progression of type 2 diabetes mellitus (T2DM), non-alcoholic fatty liver disease and atherosclerosis by participating in the regulation of glucose uptake and gluconeogenesis, and promoting insulin resistance.

The serum RBP4 signaling pathway, through activation of ERK1 / 2 and JAK2 phosphorylation in the MAPK signaling pathway, increases water and sodium retention caused by hyperinsulinemia, overproliferation of vascular smooth muscle cells (VSMCs), and impairs the ability of vascular endothelial cells to synthesize nitric oxide, thus playing an important role in the development of hypertension. In addition, RBP4 is associated with MS, vascular smooth muscle cells (VSMCs) and vascular endothelial cells. The mechanism of interaction between RBP4 and MS, diabetic vascular complications and cancer is becoming clearer, it will provide better directions and ideas for the prevention and treatment of related diseases in the population.

The RBP4 gene variant was positively associated with hypertriglyceridemia and body mass index in the population. In addition, ectopic expression of RBP4 significantly reduced inguinal adipocyte diameter and fat deposition in mice, and mechanistic studies showed that RBP4 blocked the insulin signaling pathway by inhibiting the phosphorylation of serine/threonine kinase, thereby inhibiting the lipogenesis process in mice, suggesting an important association between RBP4 and the cause and effect of obesity. 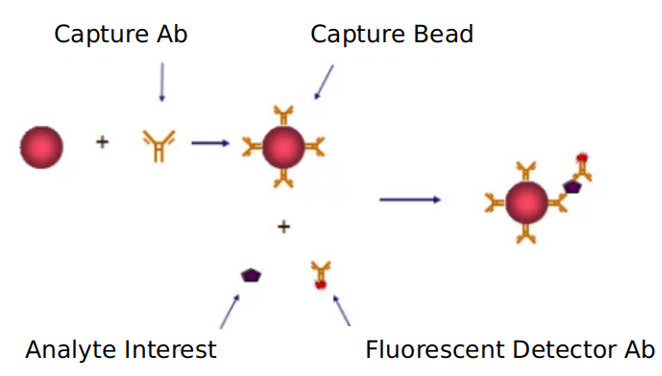 Creative Proteomics has developed a signaling pathway target detection platform. We can provide detection services not only for RBP-4 signaling pathways, but also for other signaling pathways. If you want to detect other targets, please contact us in advance and we will customize the service for you according to your requirements. Looking forward to working with you.