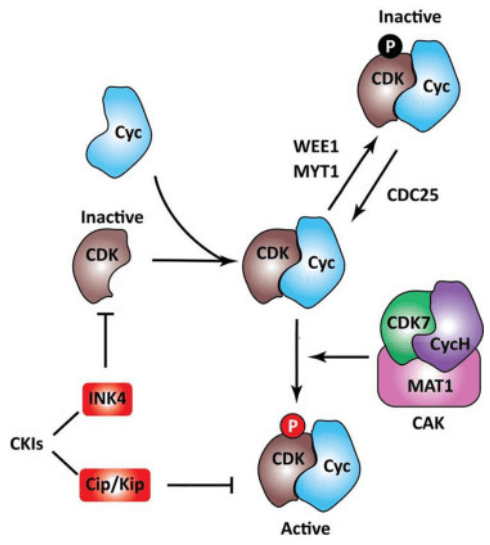 Positive regulation of CDK phosphorylation: located at position 160 of the conserved threonine residues in the amino acid sequence of CDK2. This residue is hidden in the T loop. After phosphorylation, the t-loop structure changes, the affinity of cyclin to CDK increases, and the CDK complex is activated.