The p53 pathway is a key factor that helps to conserve the stability of the genome by preventing mutations caused by cellular stress or DNA damage. p53 stabilizes the genome by interacting with a number of signal transduction pathways in the cell to regulate a wide variety of cellular processes including apoptosis, senescence, cell cycle arrest, differentiation, and DNA repair and replication. p53 is activated in response to a number of stress stimuli, including DNA damage, oxidative stress and activated oncogenes, which are transmitted by post-translational modifications. Activated p53 functions effectively as a transcription factor and can then induce transcription of several genes. Mutations in p53 are associated with genomic instability and an increased susceptibility to cancer, particularly cervical and colorectal cancers, and it is believed that more than half of all cancers may involve p53-inactivating mutations. Additionally, certain DNA viruses, such as papillomavirus, can also inactivate the protein. 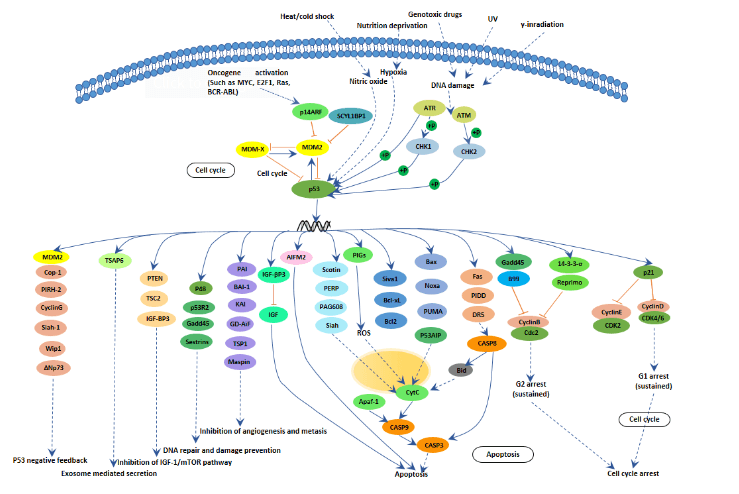 The p53 pathway is composed of a network of genes and their products that are targeted to respond to a variety of intrinsic and extrinsic stress signals that impact upon cellular homeostatic mechanisms that monitor DNA replication, chromosome segregation and cell division. In response to a stress signal, the p53 protein is activated in a specific manner by post-translational modifications, and this leads to either cell cycle arrest, a program that induces cell senescence or cellular apoptosis. In this way, a variety of intrinsic or extrinsic stresses that would result in a loss of fidelity in DNA replication, genome stability, cell cycle progression or faithful chromosome segregation can be accommodated or, alternatively, the clone of cells with these defects eliminated from the body.

In addition to these responses to cellular stress at the single-cell level, the p53 pathway in a cell communicates with neighboring cells by secreting a series of proteins that may alter the cellular environment. P53-regulated and p53-secreted proteins may alter the extracellular matrix and influence angiogenic signals in a localized region of a tissue. After DNA damage in a cell, the p53 pathway produces a set of proteins that can aid directly in DNA repair processes. Finally, the activation of the p53 protein and its network of genes sets in motion an elaborate process of autoregulatory-positive or autoregulatory-negative feedback loops, which connect the p53 pathway to other signal transduction pathways in the cell, and through this broader communication permits the completion or the reversal of the p53 programmed responses to stress.

p53 stabilizes the genome by interacting with many signal transduction pathways in cells, and plays a major role in regulating apoptosis, senescence, cell cycle arrest, differentiation, and DNA repair and replication. 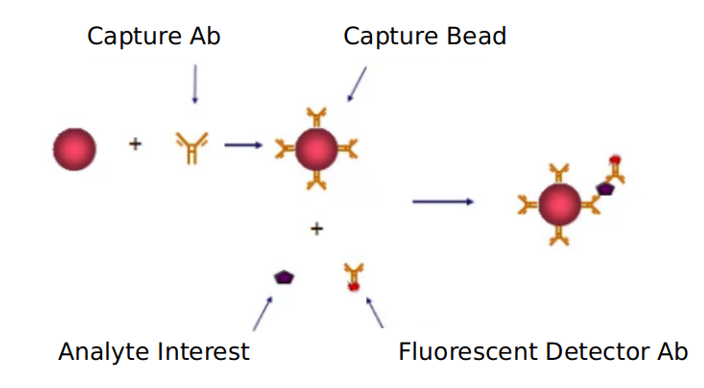