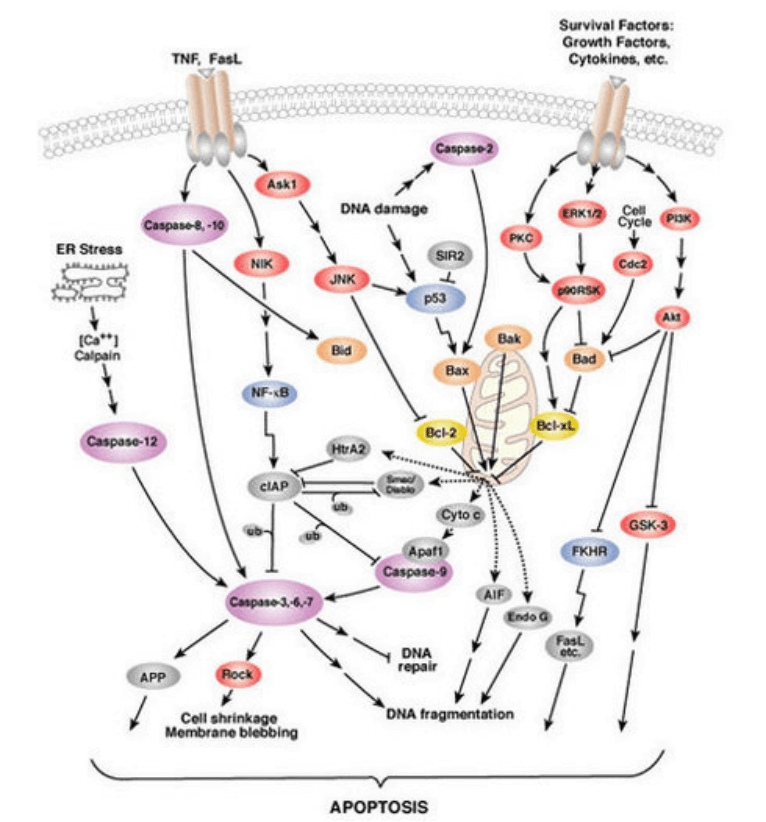 Necroptosis is involved in many pathological processes, such as ischemia-reperfusion injury in the heart,11 brain,4 and in injury-induced inflammatory diseases. Necroptosis reportedly plays a critical role in the pathogenesis of several neurodegenerative diseases.